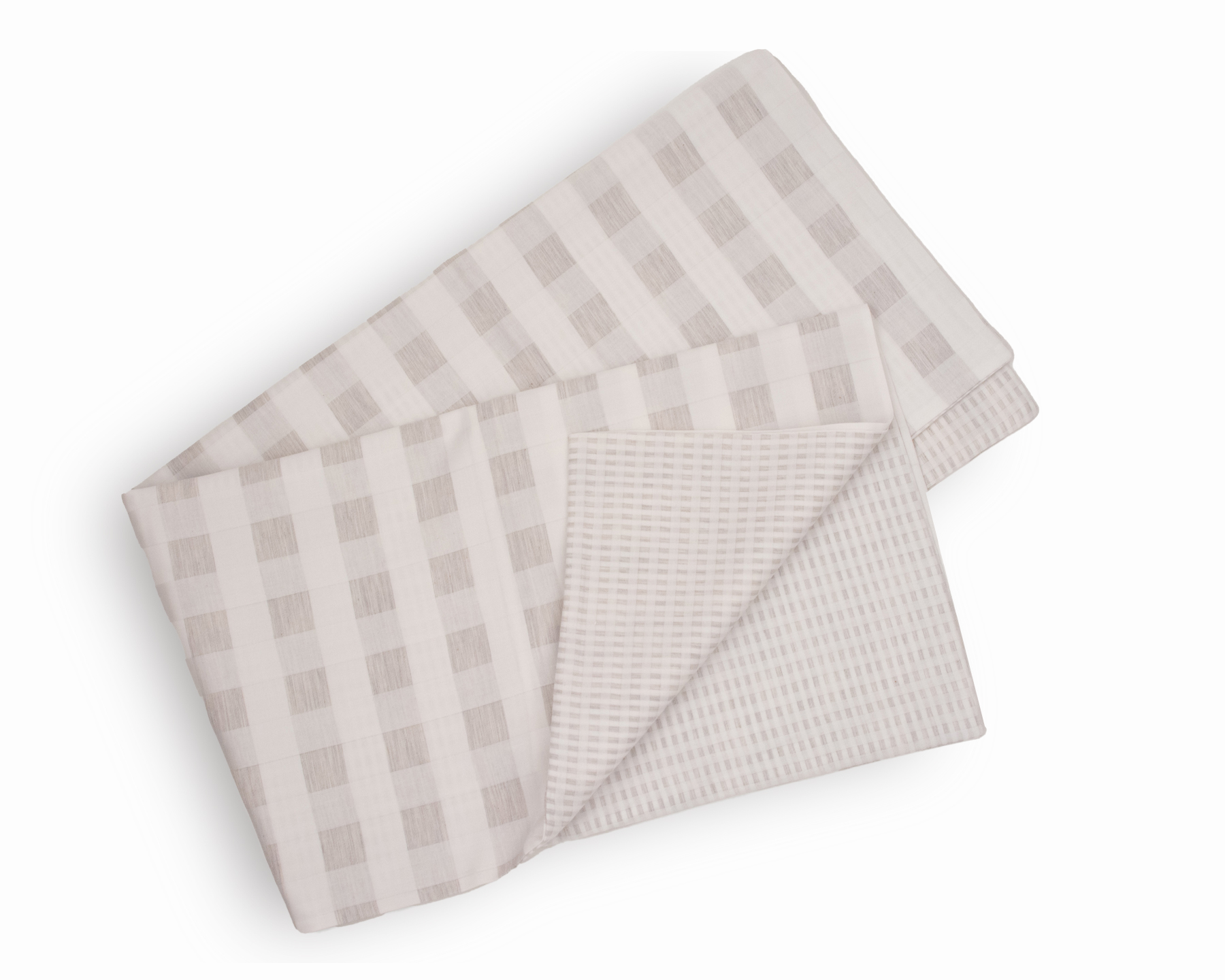 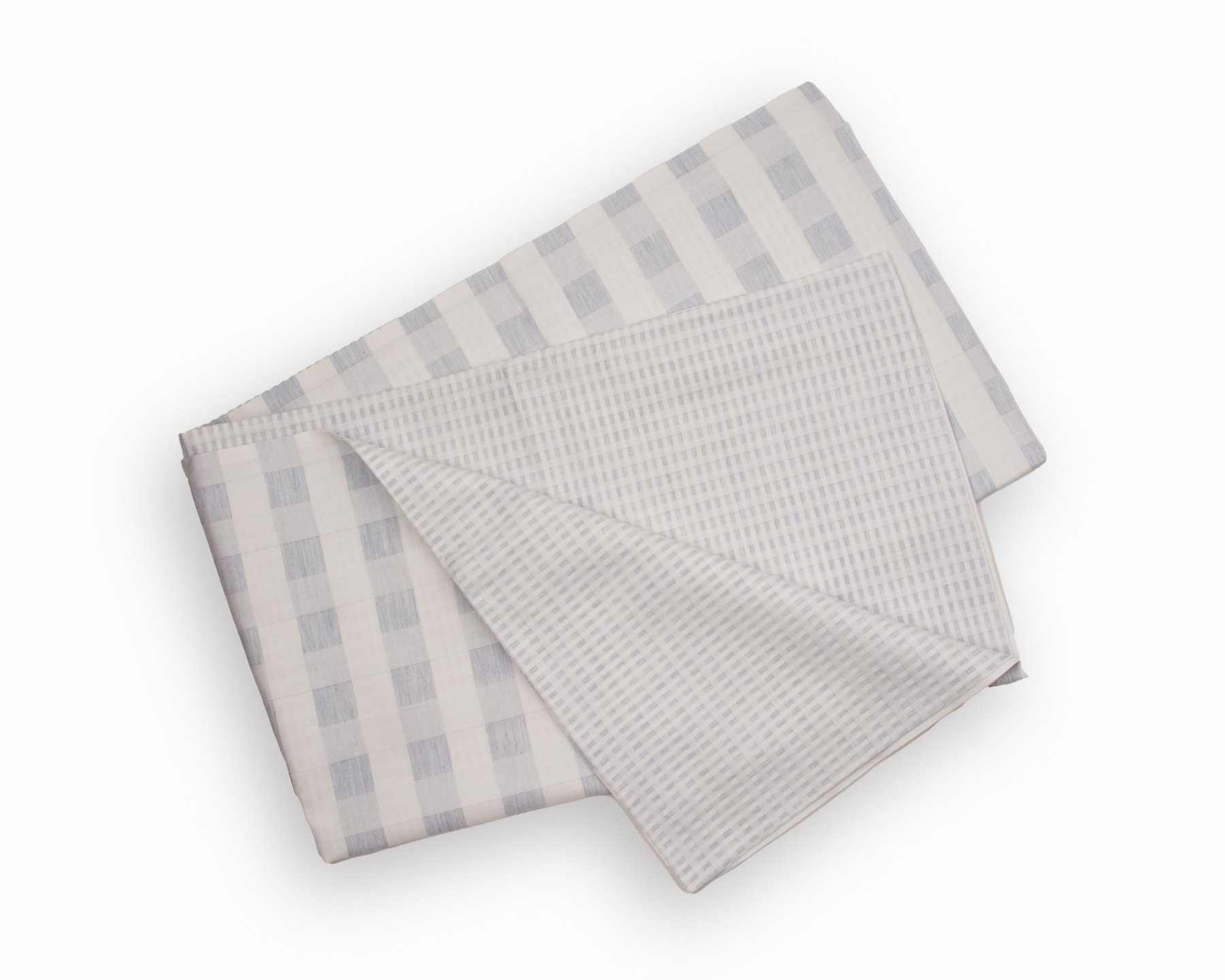 Geometric reversible Jacquard Duvet Cover with one side with Mariana's large square pattern and the other being Piera's small square pattern.

These shams are finished with a double flap envelope closure. This finishing allows these shams to act similarly to a sleeping pillowcase while still maintaining the presentability of a sham.

Sets include the following:

Products In This Collection